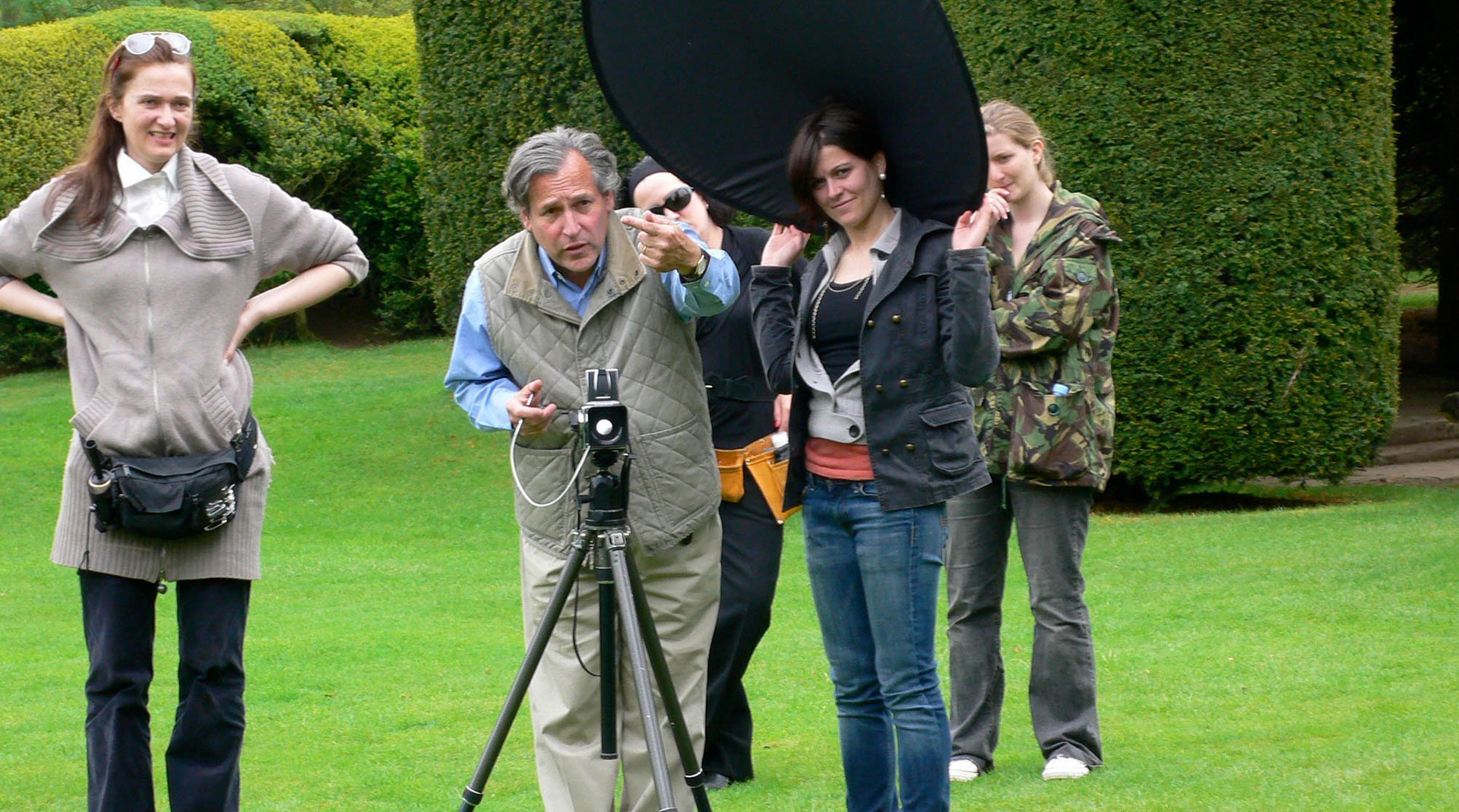 Rodney Smith was a New York-based photographer who worked primarily in fashion and portraiture. His photographs are often referred to as classic, whimsical, and minimalistic.

A New York native, Smith, studied English literature and Religious Studies at the University of Virginia. He then went on to Yale, where he took a degree in Theology. At Yale, he studied photography under Walker Evans. Smith knew at the time he wanted to be a photographer. But he felt that studying photography formally full-time was the way to address the issues that he found interesting.

'The Land of Light' was Smith's first published photography book. It was the result of the time he spent in Isreal after receiving sponsorship from the Jerusalem Foundation Fellowship. The three months he spent living and photographing in Jerusalem profoundly changed him. The diversity he experienced in culture and religion in the Middle East, along with a deeper appreciation of the history of the region, influenced him deeply.

Smith developed a technically precise style. Influenced by Ansel Adams, he worked with a narrow selection of cameras and film and mostly in black and white.

He caught the attention of magazine editors and art directors in the 1980s, picking up commissions for portraits of CEOs around the world. He insisted on full access to his subjects and stylistic liberty in his photographs. He photographed these people in their own environments. Creating images that portrayed humanity in corporate portraiture not previously seen.

In his blog, he wrote:

"For almost five decades, I have devoted my heart and soul to making pictures. My life is far better because of having the excuse that I am a photographer. I have discovered many new places and people I would never have met, and along the way, I also discovered myself. I have led an examined life, thanks to the small gift of the camera. This is my swan song of hope, expressing men as gentlemen and women as beautiful, delicate, and empowered in a way I love best. It is the way I wish the world to be, not mundane but extraordinary. It represents my belief that, just over that imaginary line, everything you see and feel in my pictures is possible."